Welcome to the Summit Police Department 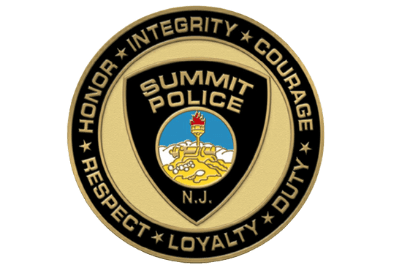 Our officers and civilian staff are proud to serve and protect the City of Summit through proactive law enforcement and community outreach. We work in partnership with the people of Summit, NJ to enforce the law, preserve peace, protect all members of the community. 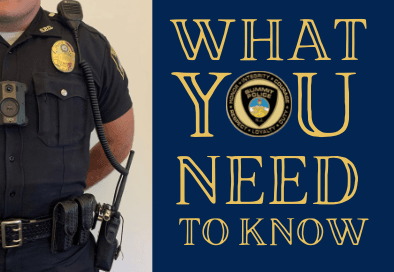 November 10, 2022: On Wednesday, November 9 at 6:36PM, Summit Police Department responded to the report of pedestrian being struck by a vehicle at 25 Summit Avenue in Summit.

The pedestrian, a 22-year-old Summit man, was not in a crosswalk when he stepped into the street and was struck by a vehicle traveling north on Summit Avenue. The pedestrian refused medical attention and was issued a summons at the scene. There were no injuries reported by the driver of the vehicle.

Please be aware when traveling - either when walking, on a bicycle or in your vehicle. Observe the rules of the road and use crosswalks when crossing streets. Help us to help you stay safe out there!

Summit Police Department was recently advised of the following report by a Summit resident of a potential child luring incident. On Wednesday, September 28 at approximately 5:30PM their seven-year-old daughter was waiting for a ride in front of the YMCA on Maple Street when a woman driving a white car stopped in front of the building and told the child, “I have puppies back at my house.” The woman was described as a white middle-aged female with blonde hair. The incident was not immediately reported to police. 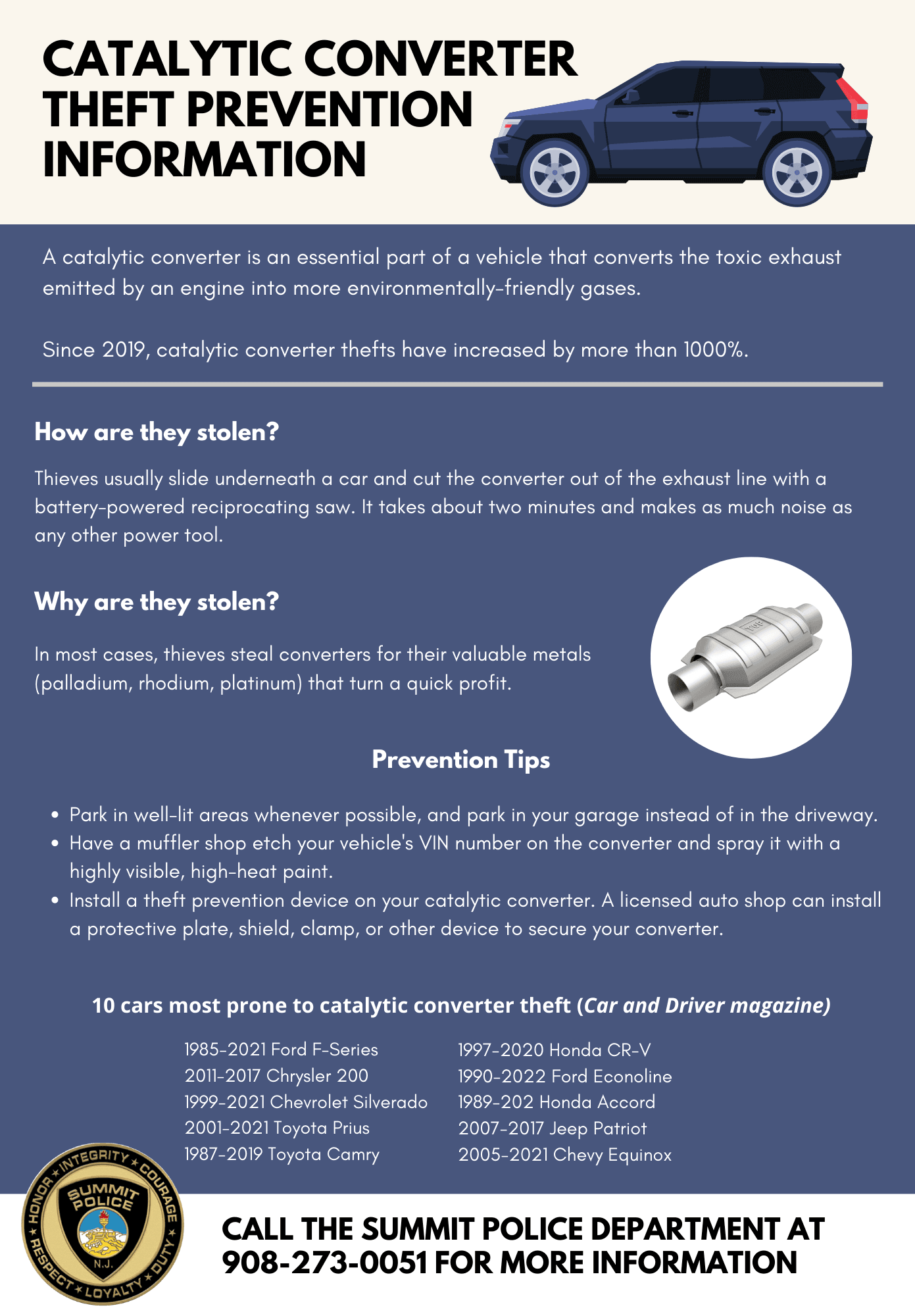 Please take a look at these safety tips to help prevent auto theft in Summit. 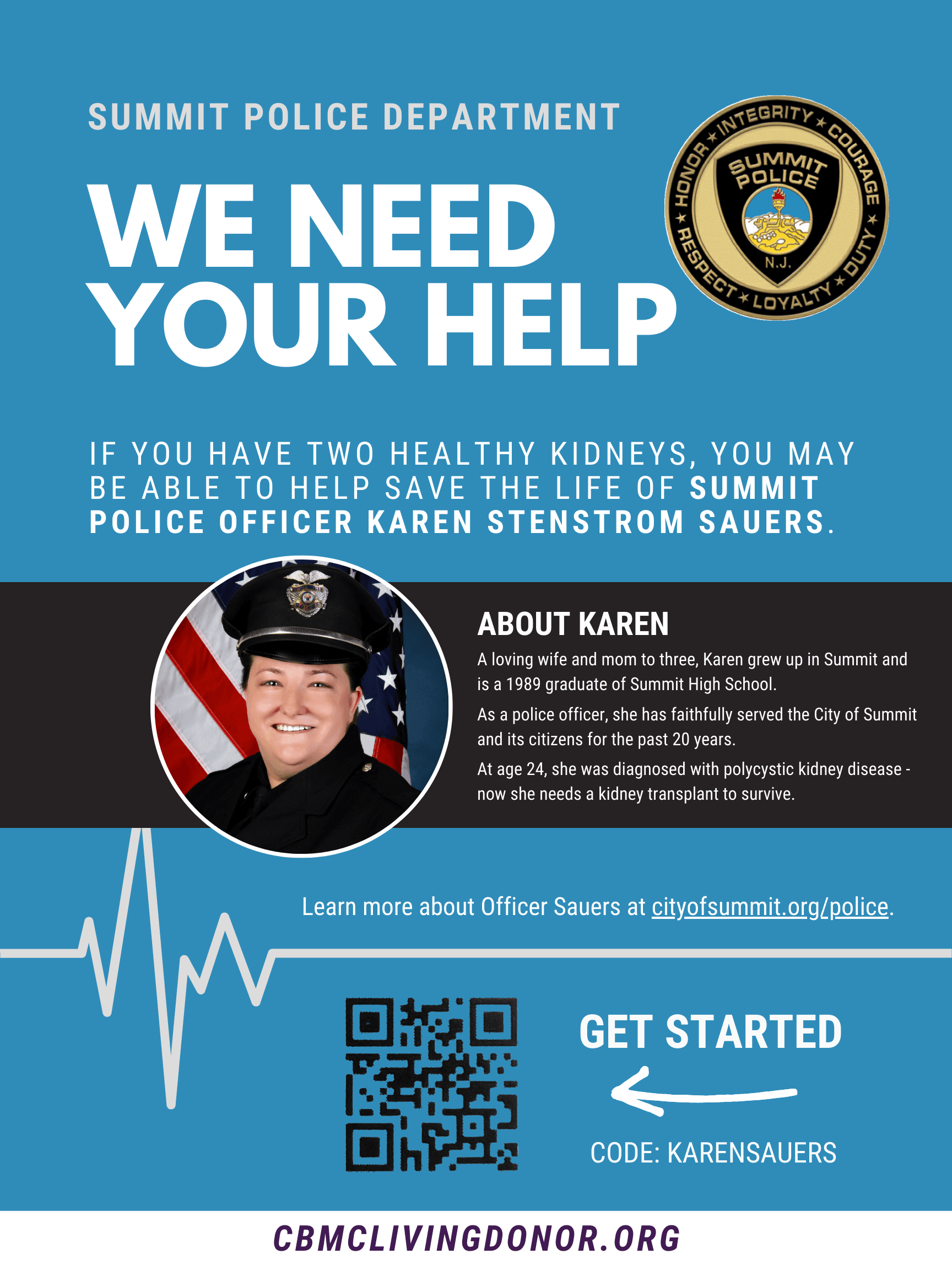 The SPD is committed to ensuring that all citizens regardless of their disability, nationality, race, ethnicity, religion, gender or sexual orientation enjoy the rights guaranteed by NJ law and the US Constitution. Community resources 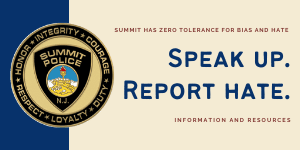 Summit Police Department is working to reduce careless driving through its new "two streets a week" campaign. The purpose of the program is to coordinate enforcement efforts on two streets each week with the goal of reducing speeding and other dangerous traffic violations through an established and ongoing police presence. 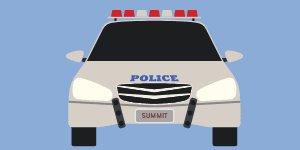 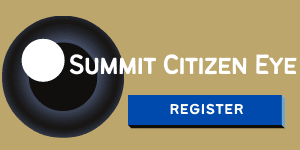 Join a voluntary registry of privately-owned video surveillance systems in Summit. The Summit Citizen Eye directory is a list of camera locations that will provide detectives with footage in areas where criminal activity has occurred. Program video

Overnight on-street parking rules
By municipal ordinance, no vehicle shall be parked on any street during any night of the year between the hours of 2:30AM and 5AM or when snow is forecast. Requests must be received prior to 2AM or subject to a parking citation. Call the police department non-emergency number 908-273-0051 with questions.

Uniformed officers assigned to the patrol bureau and traffic unit wear body cameras to capture valuable evidence for investigations and trials. It also documents scenes, interviews, and encounters between the police and citizens, promoting accountability and transparency.

Click here for more info on the grant that is allowing the SPD to equip its officers with body cameras into 2026. 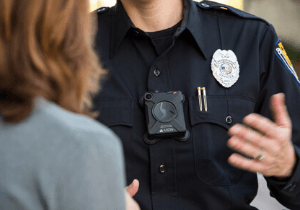 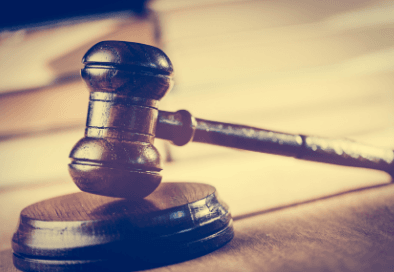 Extreme Risk Protective Order Act of 2018 (N.J.S.A. 2C:58-20 to -32) provides procedures for a family or household member to apply for a protective order against a person who poses a danger of causing bodily injury to self or others by possessing or purchasing a firearm. It prohibits the respondent from possessing or purchasing a firearm or ammunition and from holding a firearms purchaser ID card, permit to purchase a handgun, and permit to carry a handgun. This is a civil court order that is issued by a judge upon consideration of evidence, prompted by a petition by a family or household member, or law enforcement officer. Order on State of NJ website

Protect and prepare your family with Smart911. Citizens can create a safety profile for their household on Smart911 with important information that emergency responders can use in the event of an emergency.

When a citizen makes an emergency call, their safety profile is automatically displayed to the 9-1-1 dispatcher and emergency responders can provide more personalized assistance. Citizens can add important information to their profile such as medical conditions and allergies, property details and layout, information on pets and service animals, family members' phone numbers, emergency contacts, and more. Visit www.smart911.com to get started. 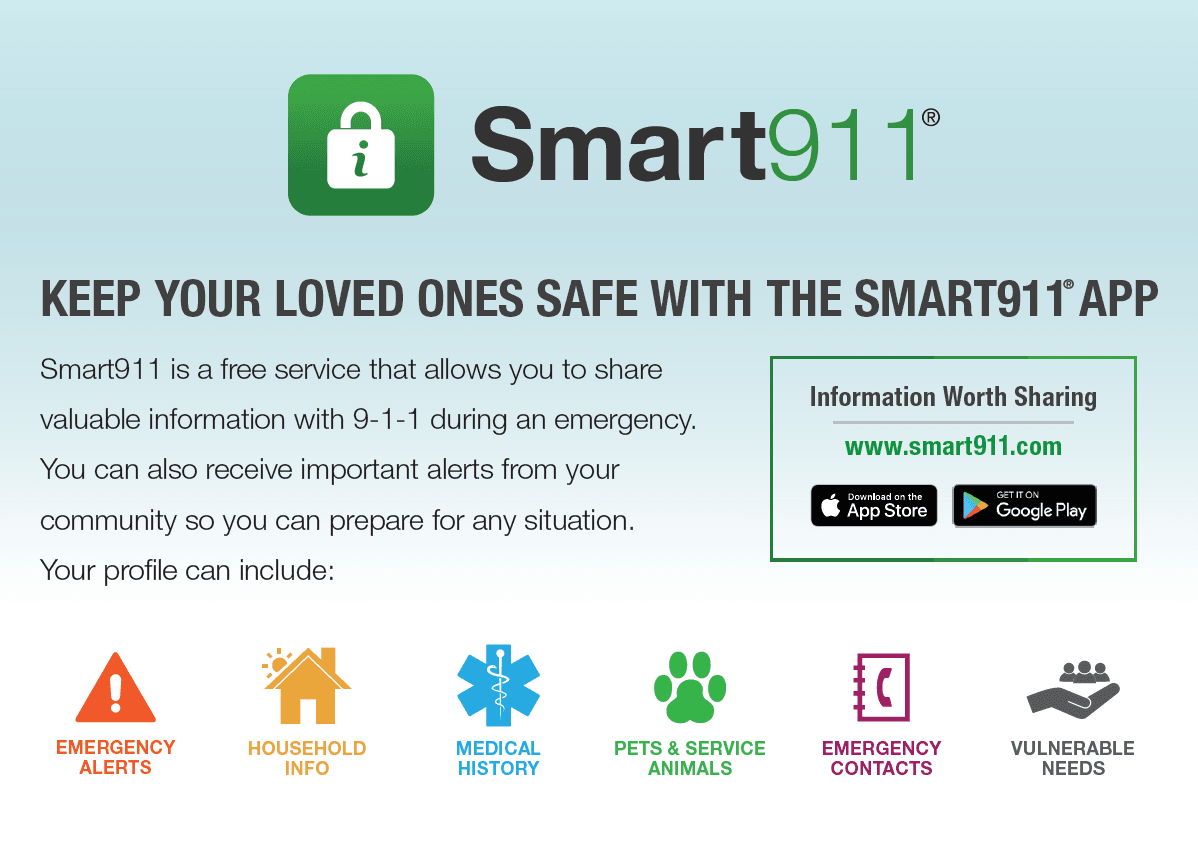 The Summit Police Department has created a series of videos to educate and inform the public. Videos focus on topics relating to safe trick-or-treating, bicycle and automobile theft, identity theft and fraud. Access the videos on YouTube here. 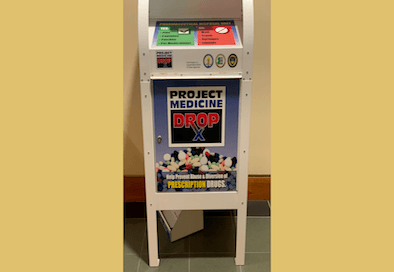 Safely dispose of your unused, unwanted, or expired prescription medications in the drop off box located in the Summit Police Department on the first floor of City Hall. NJ Division of Consumer Affairs has developed Project Medicine Drop in an effort to halt the abuse and diversion of prescription drugs. 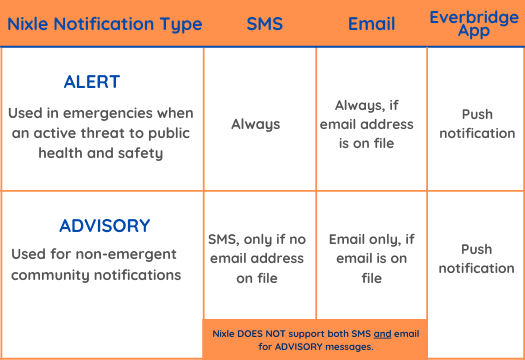 Sign up for nixle alerts or access the Everbridge app to receive emergency and general notifications from the Summit Police Department.

Please note: If you enter an email address when registering with nixle, you will receive email alerts when the SPD sends advisory, non-emergent messages. To receive only text alert and advisory messages, do not enter an email address. Using the app generates push notifications to your mobile phone and emails. More detailed information and instructions are available here.